Dive Oahu gives you the best dive experience around with beautiful sites from shallow reefs to deep wrecks.

With Hawai`i being the most isolated land mass in the world, the surrounding oceans are some of the most isolated as well – creating a unique habitat for many fish. Hawai`i is considered the Tropics to most, yet our waters are actually pretty cold, and conditions are a bit more variable than other “Tropics”. Diving in Hawai`i, you’ll notice that we don’t have a lot of the large soft coral and sea fans you’ll find other places, but rather shorter, stubbier corals that offer the strength and stability to handle the currents and pounding waves of the open ocean we get here. Now when, fish with longer larval states get caught in the currents and eventually hatch in our waters, they are left with food and predators that may be different than other places – those fish have two options: adapt or die. Twenty-Five (25) percent of our fish have chosen to adapt and are now endemic to Hawai`i – you won’t find them anywhere else! Many of these fish you will see regularly throughout each dive such as Millet-seed Butterfly Fish, Saddle Wrasse, Multi-band Butterflyfish and more! 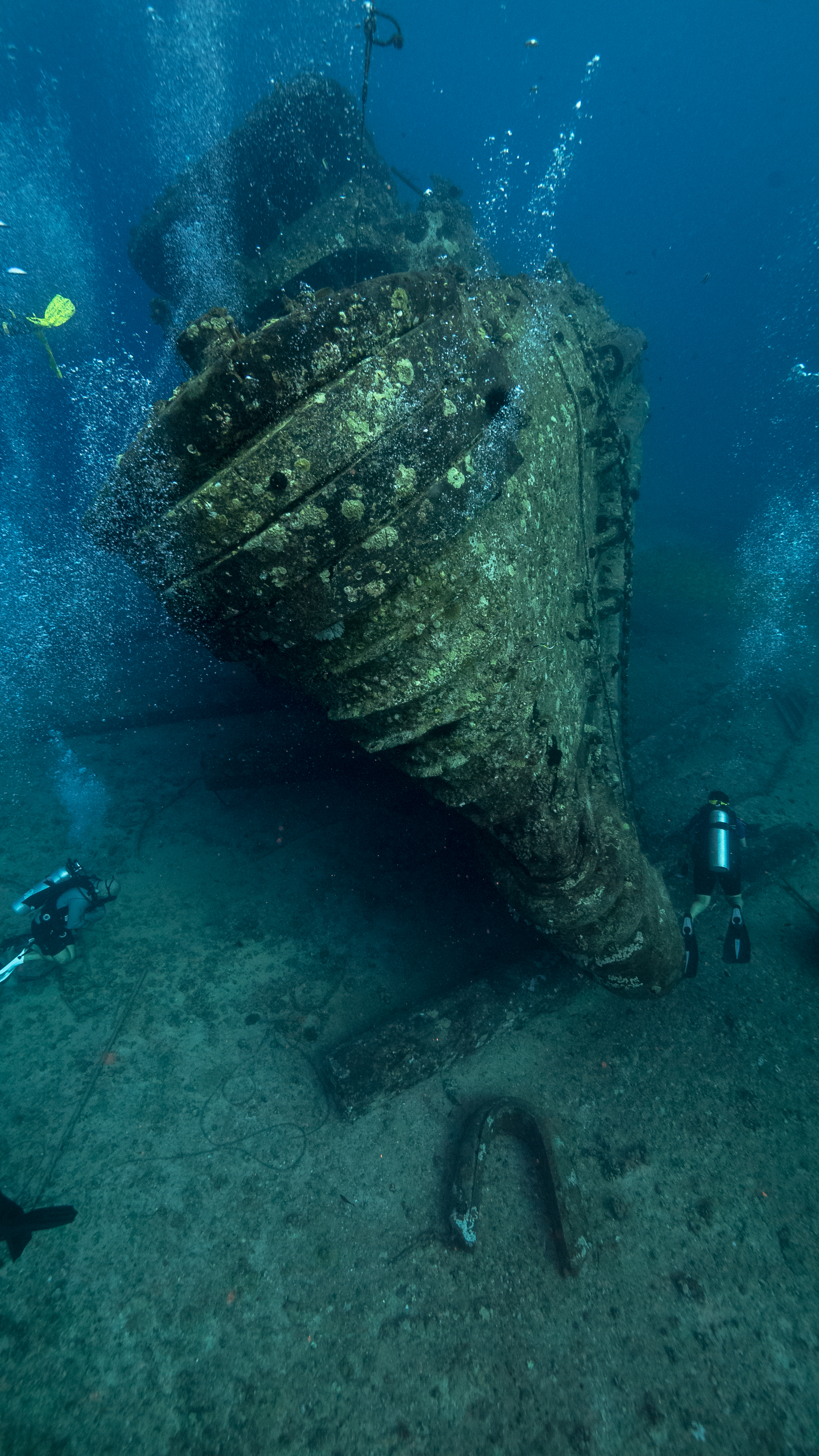 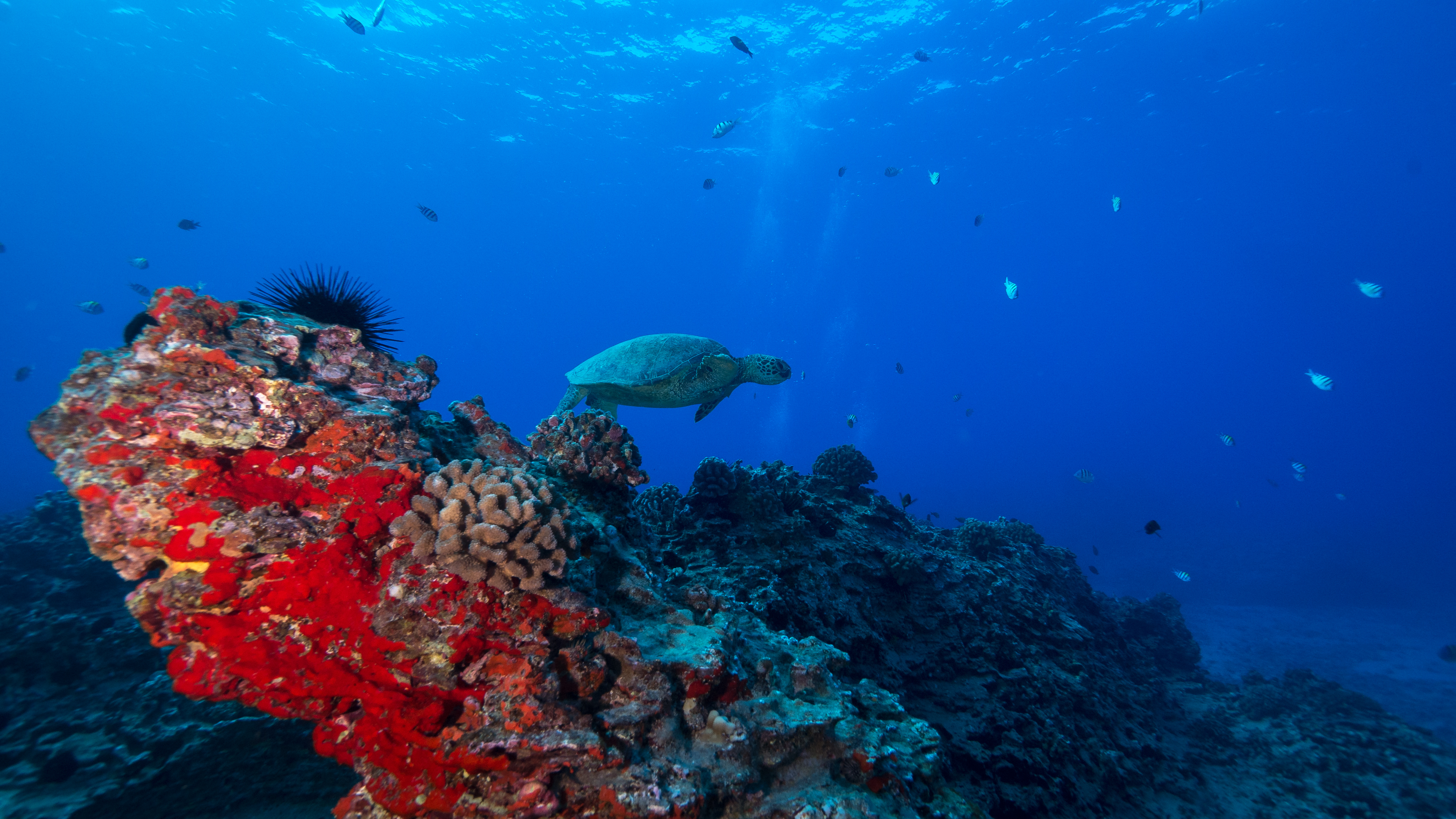 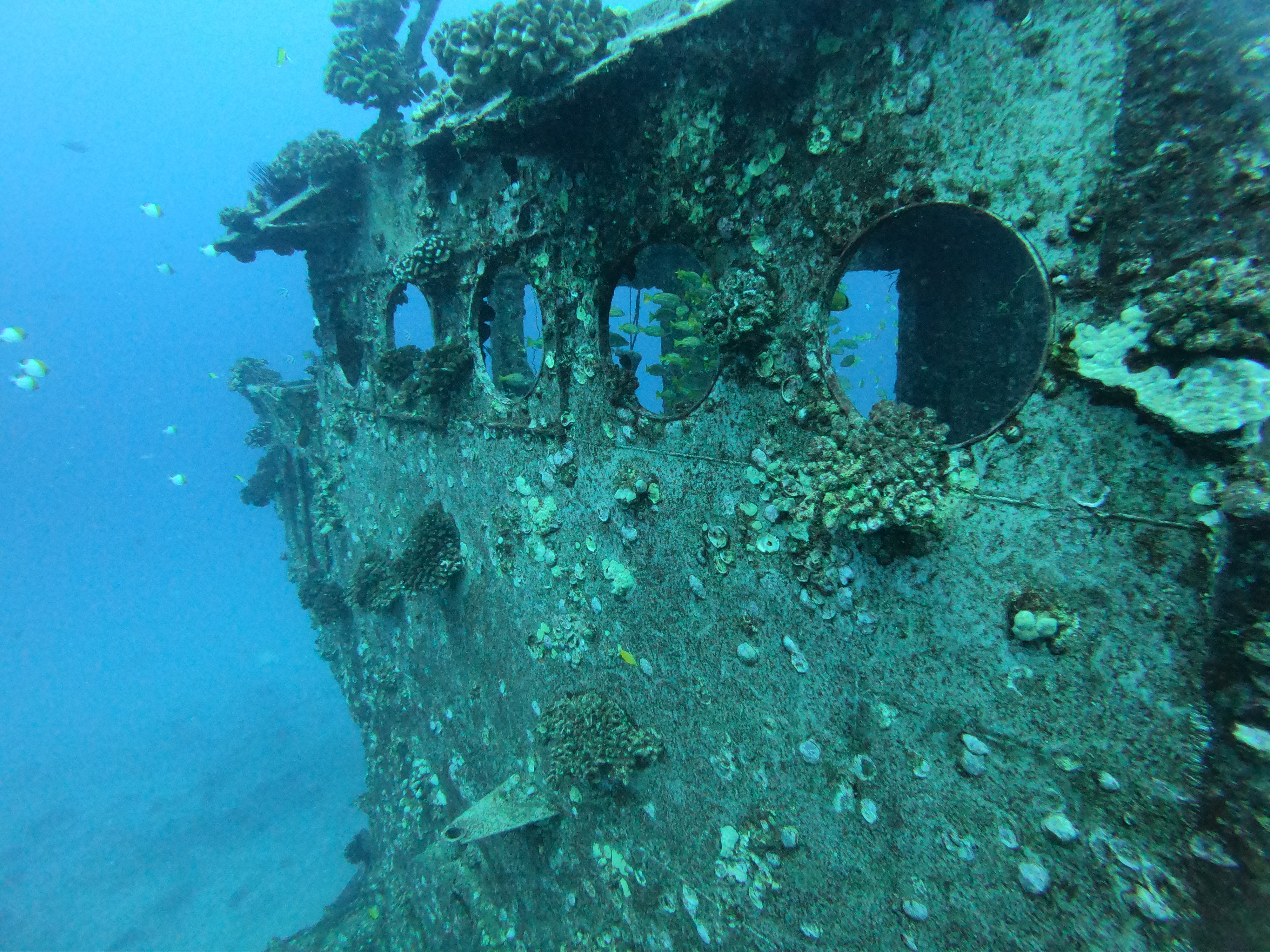 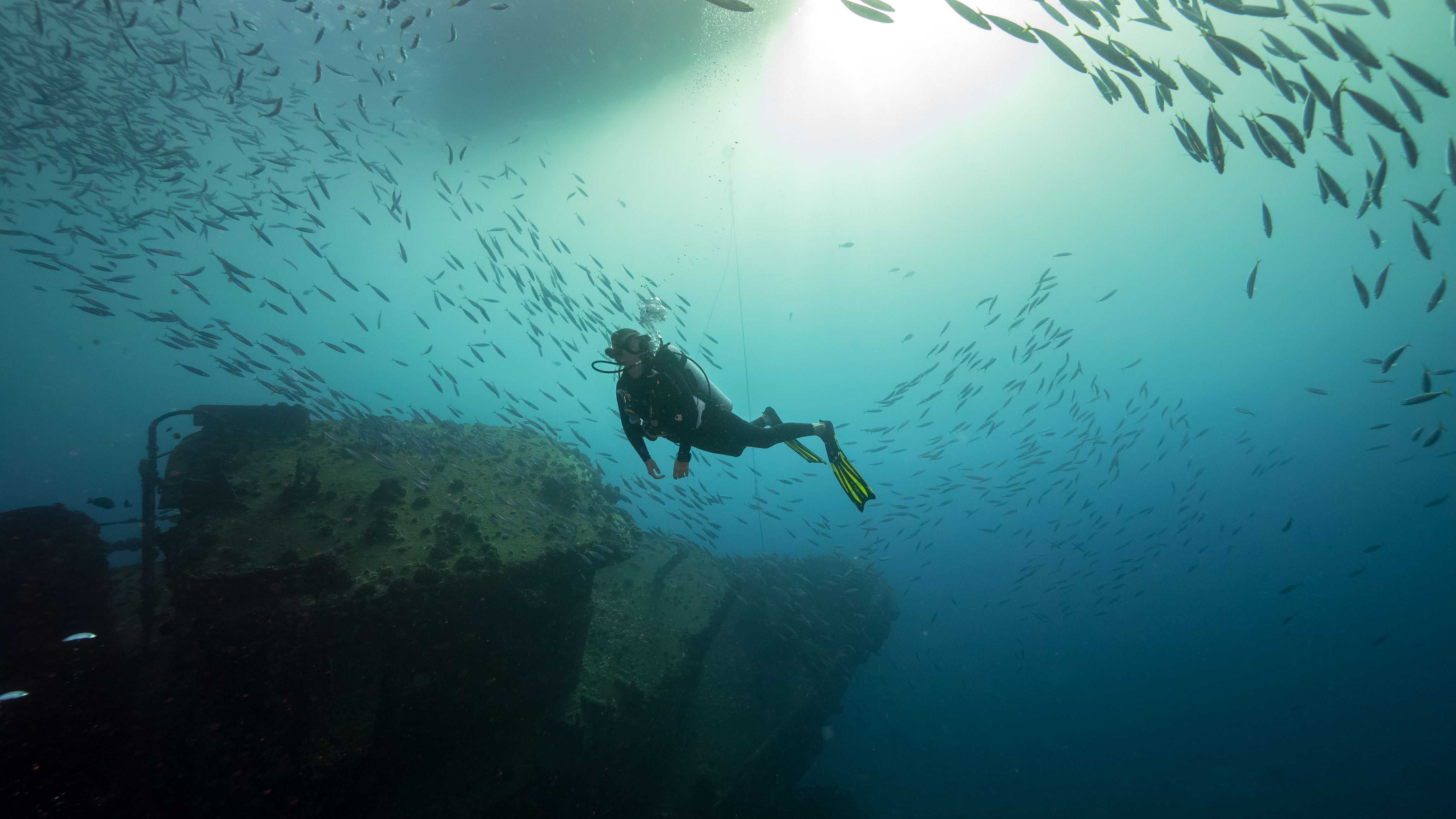 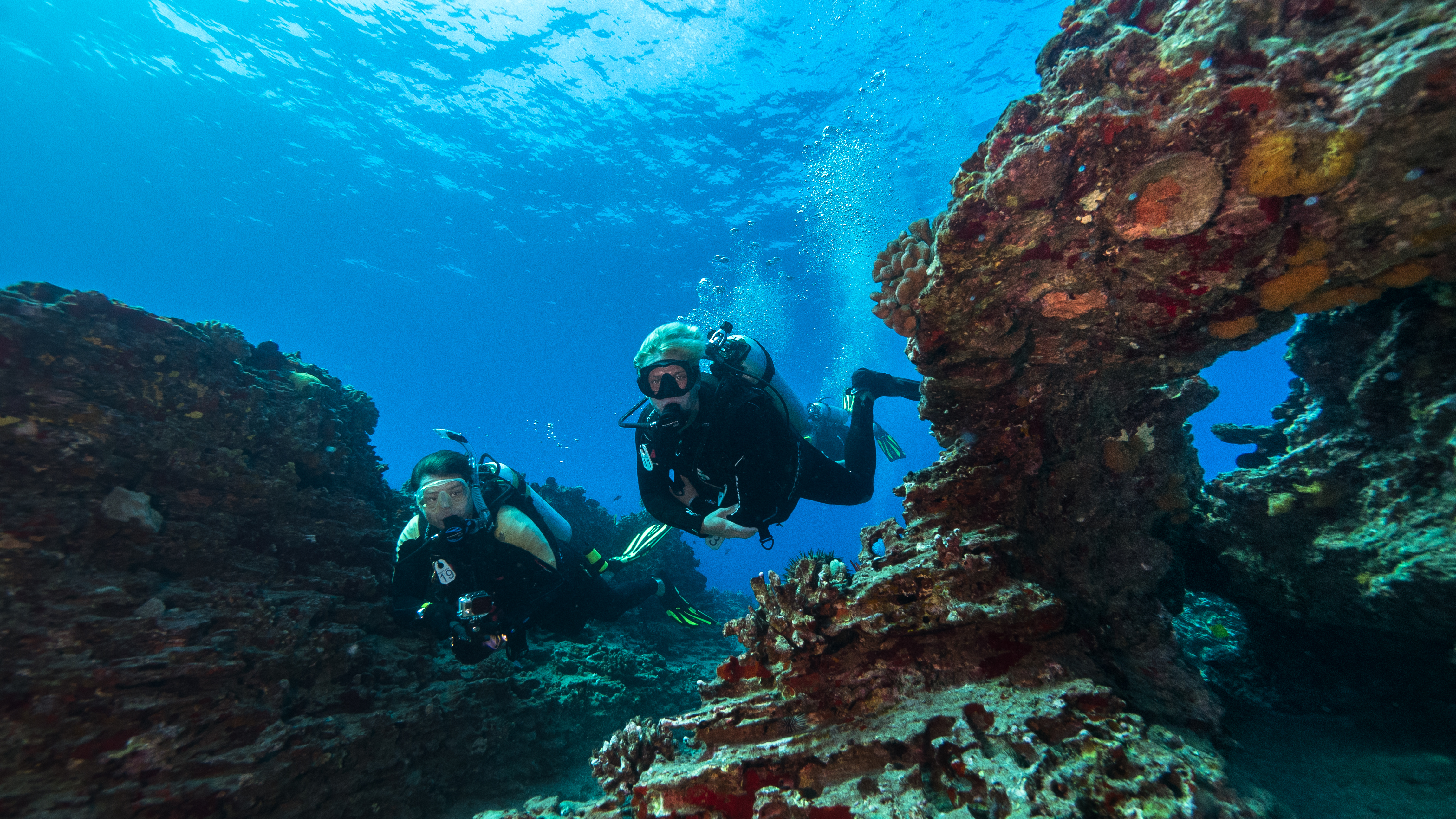 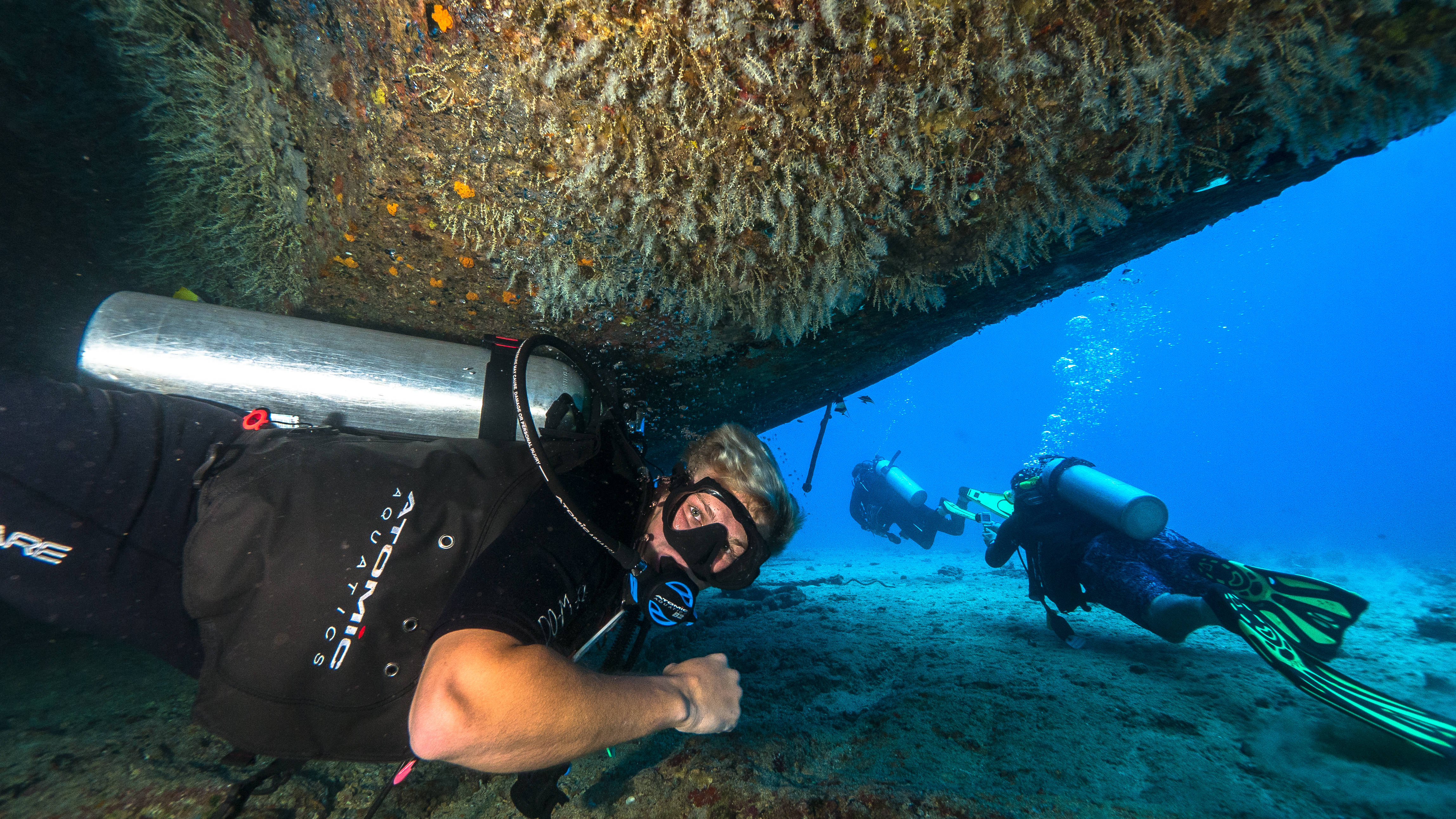 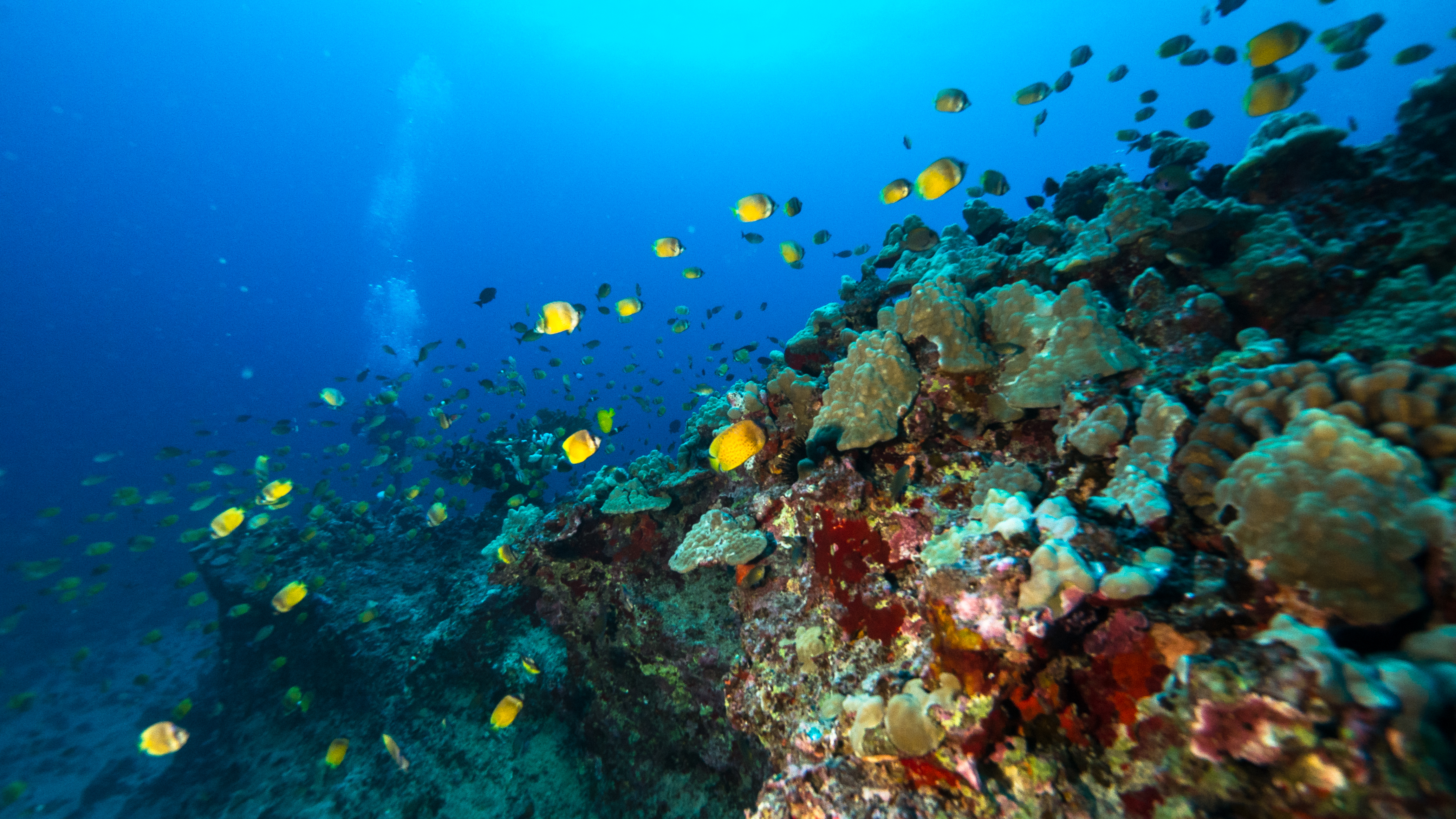 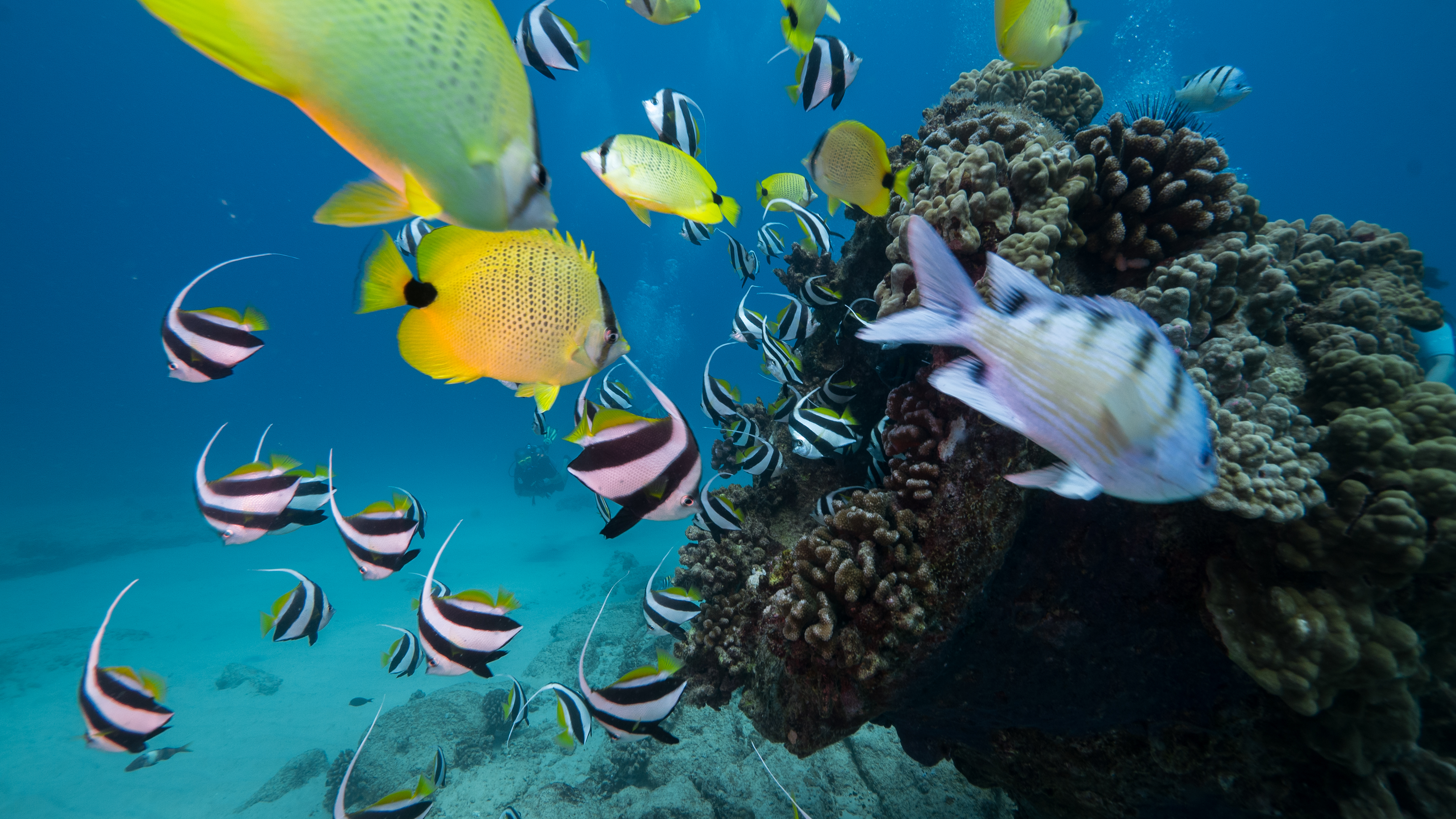 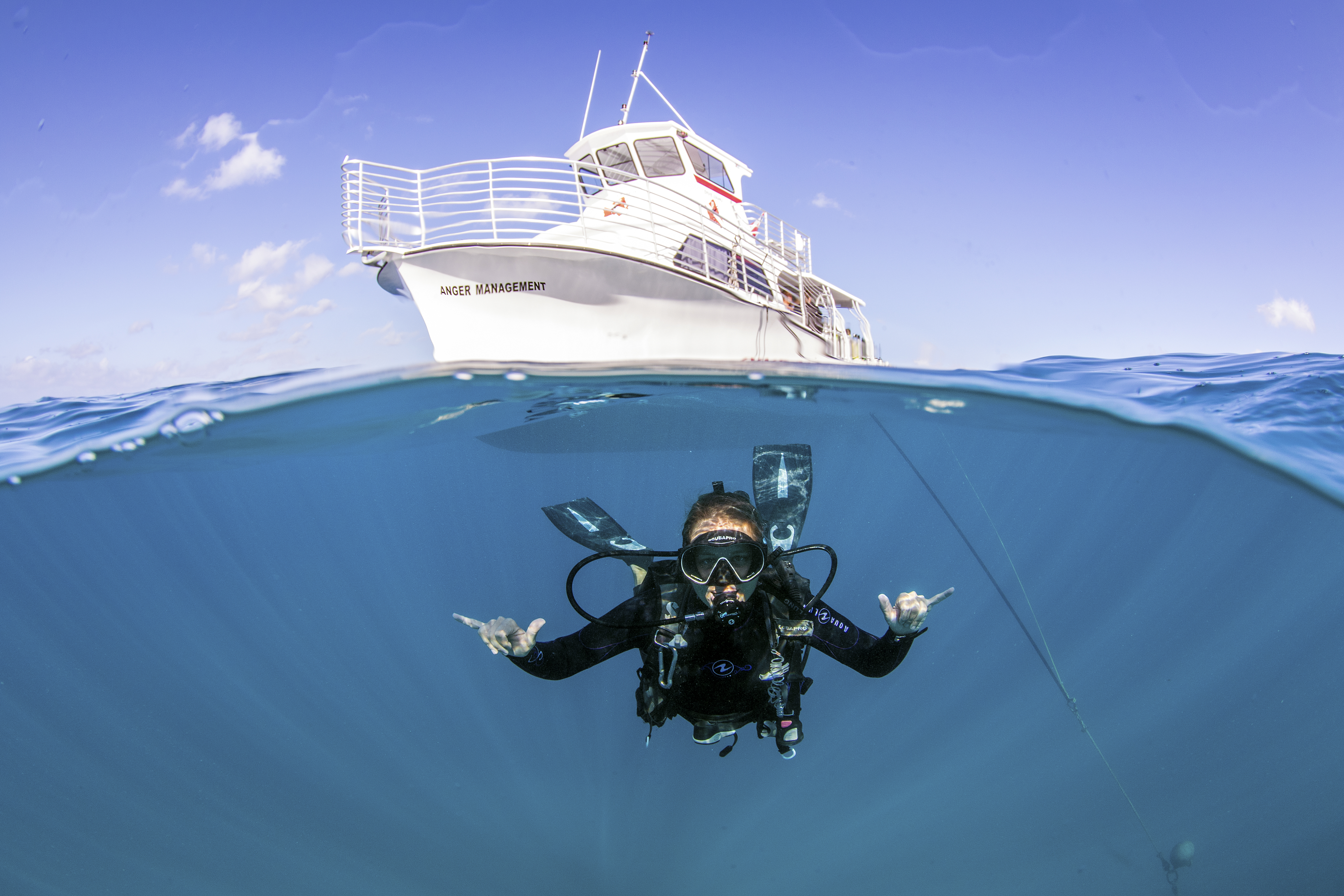 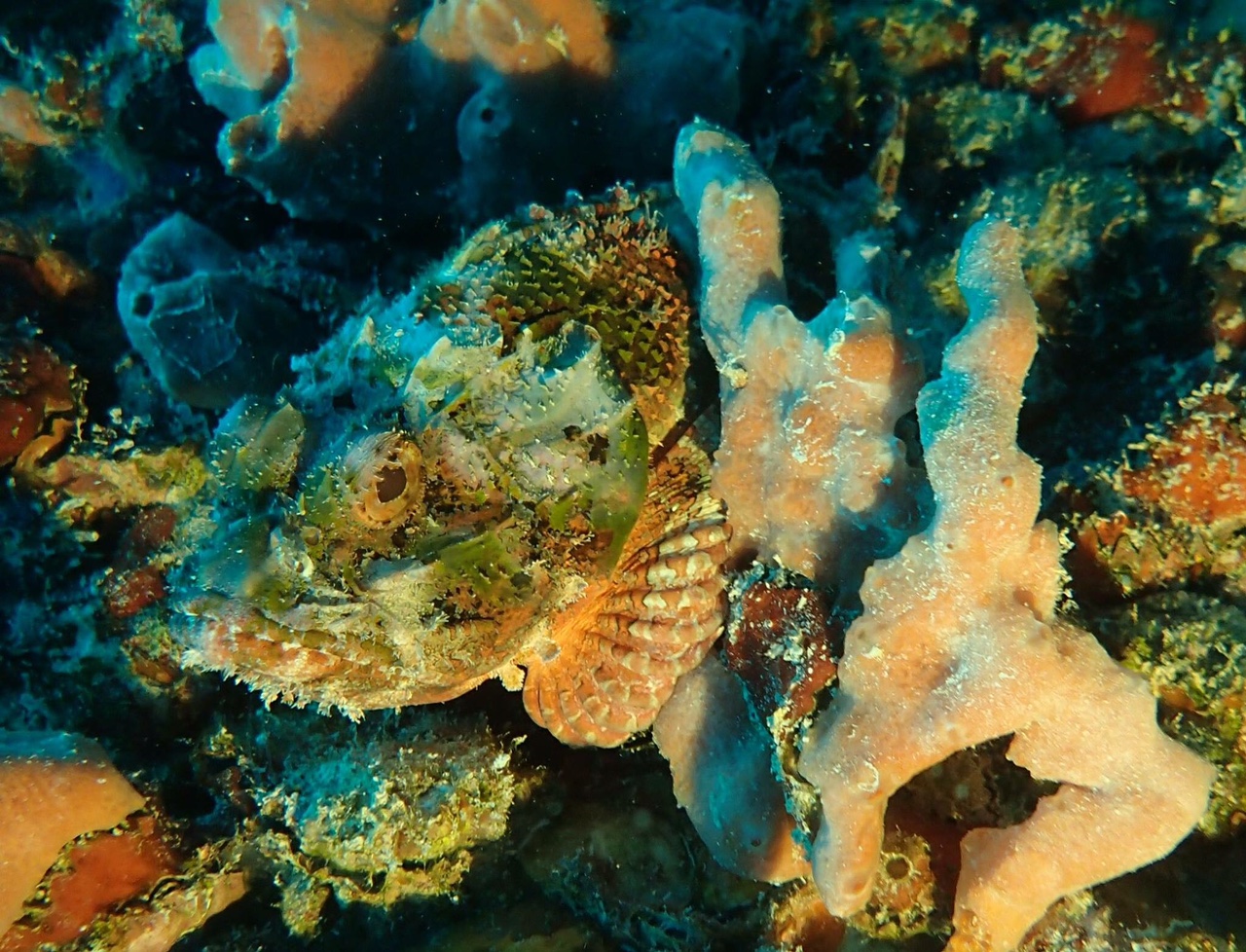 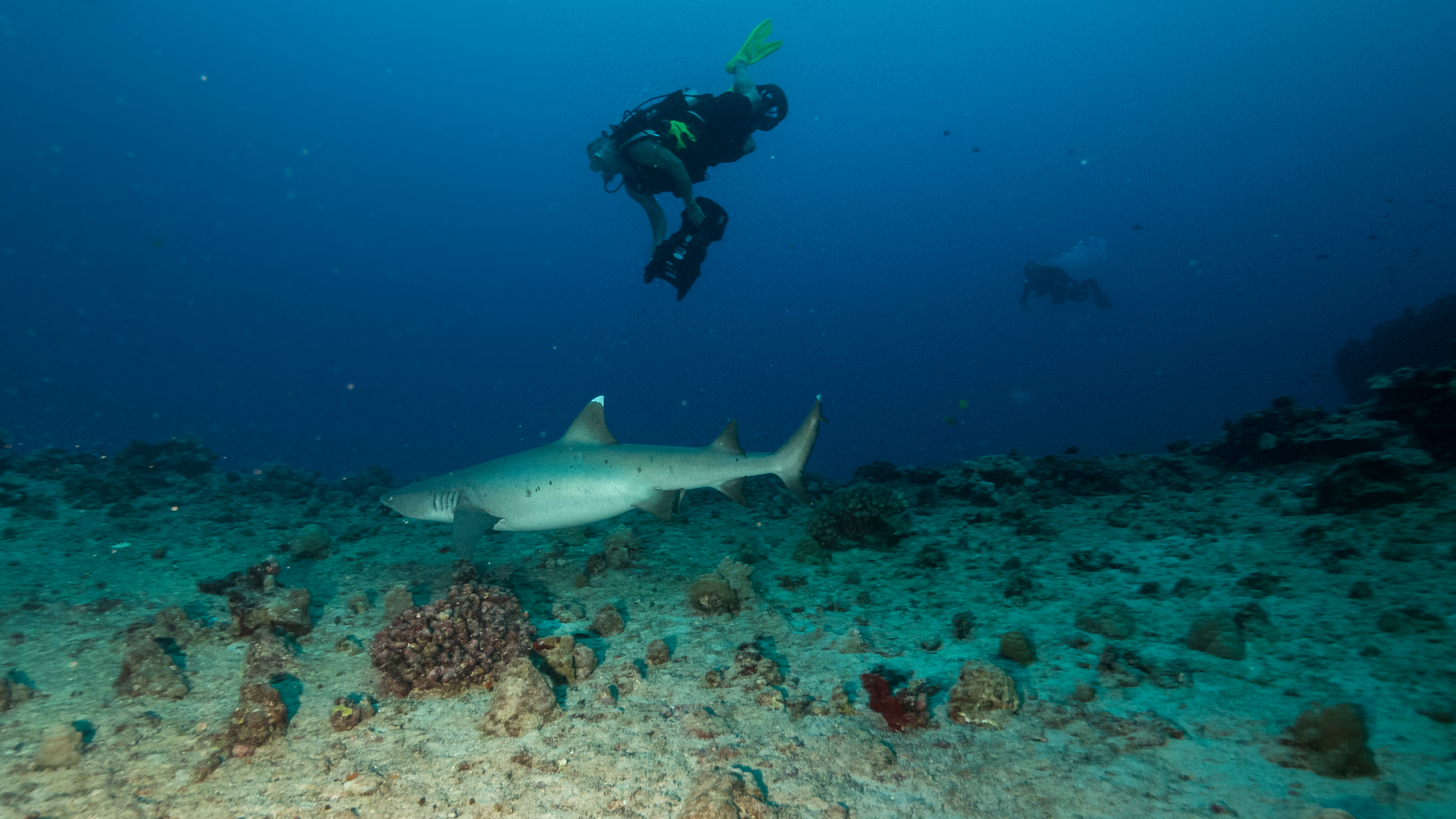 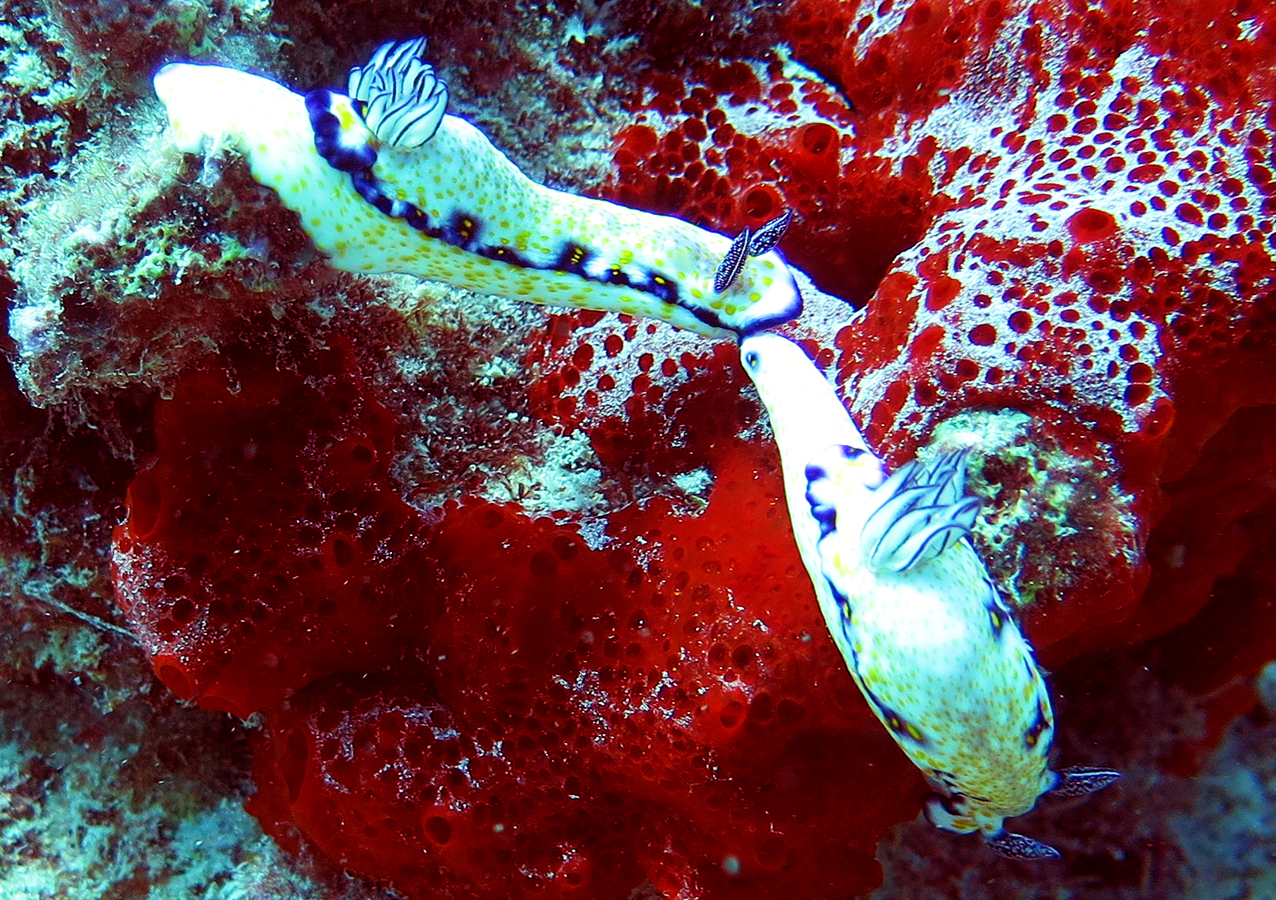 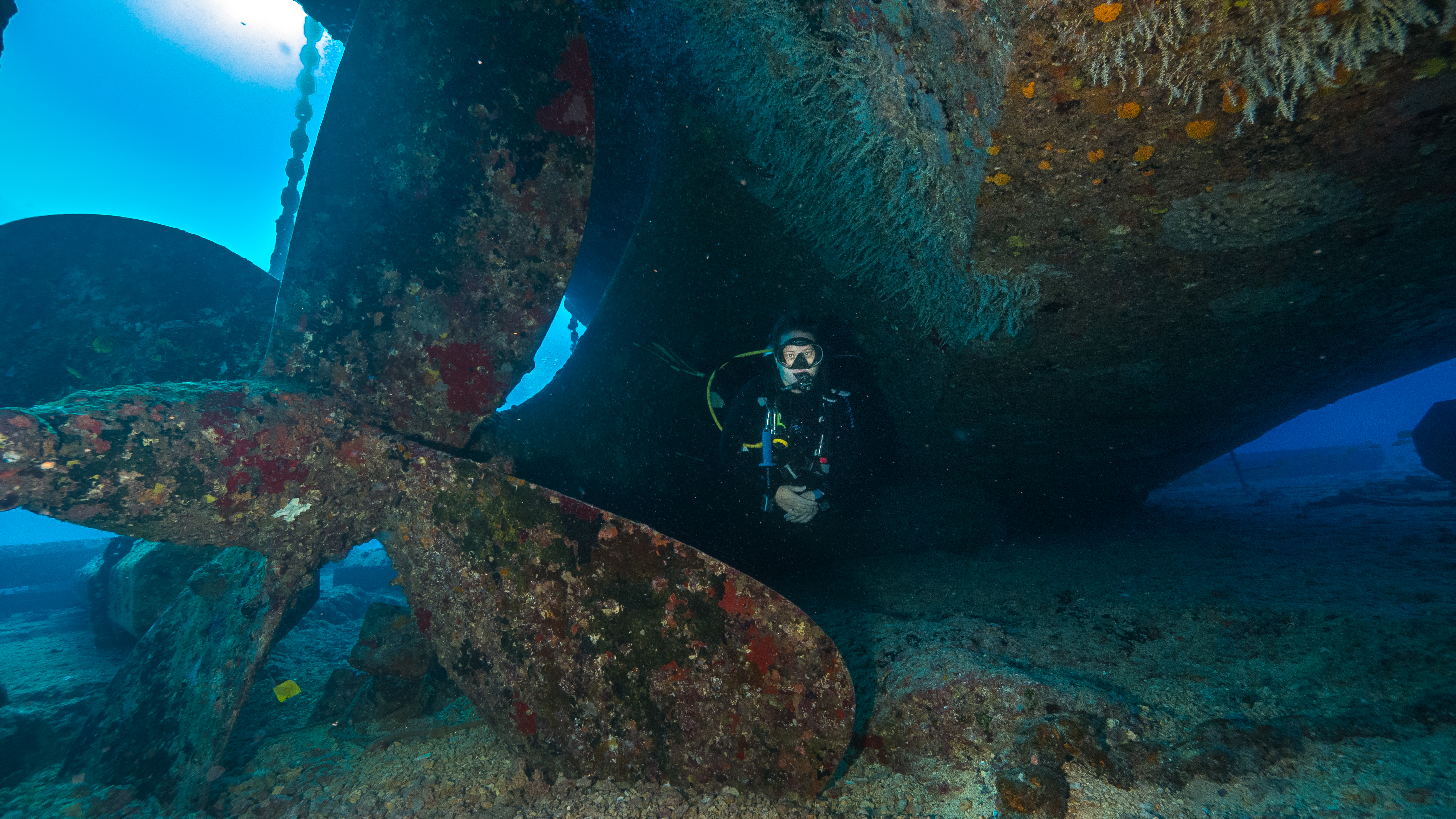 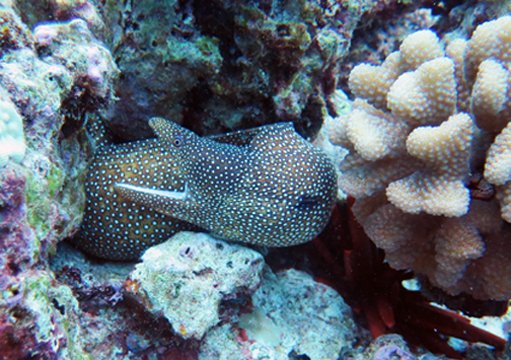 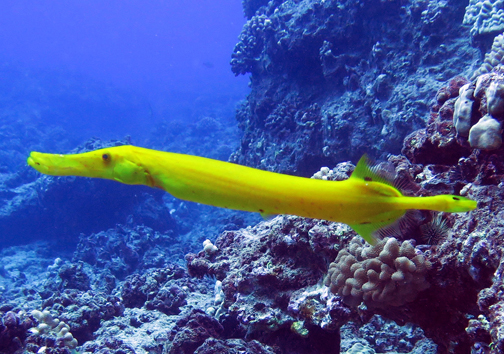 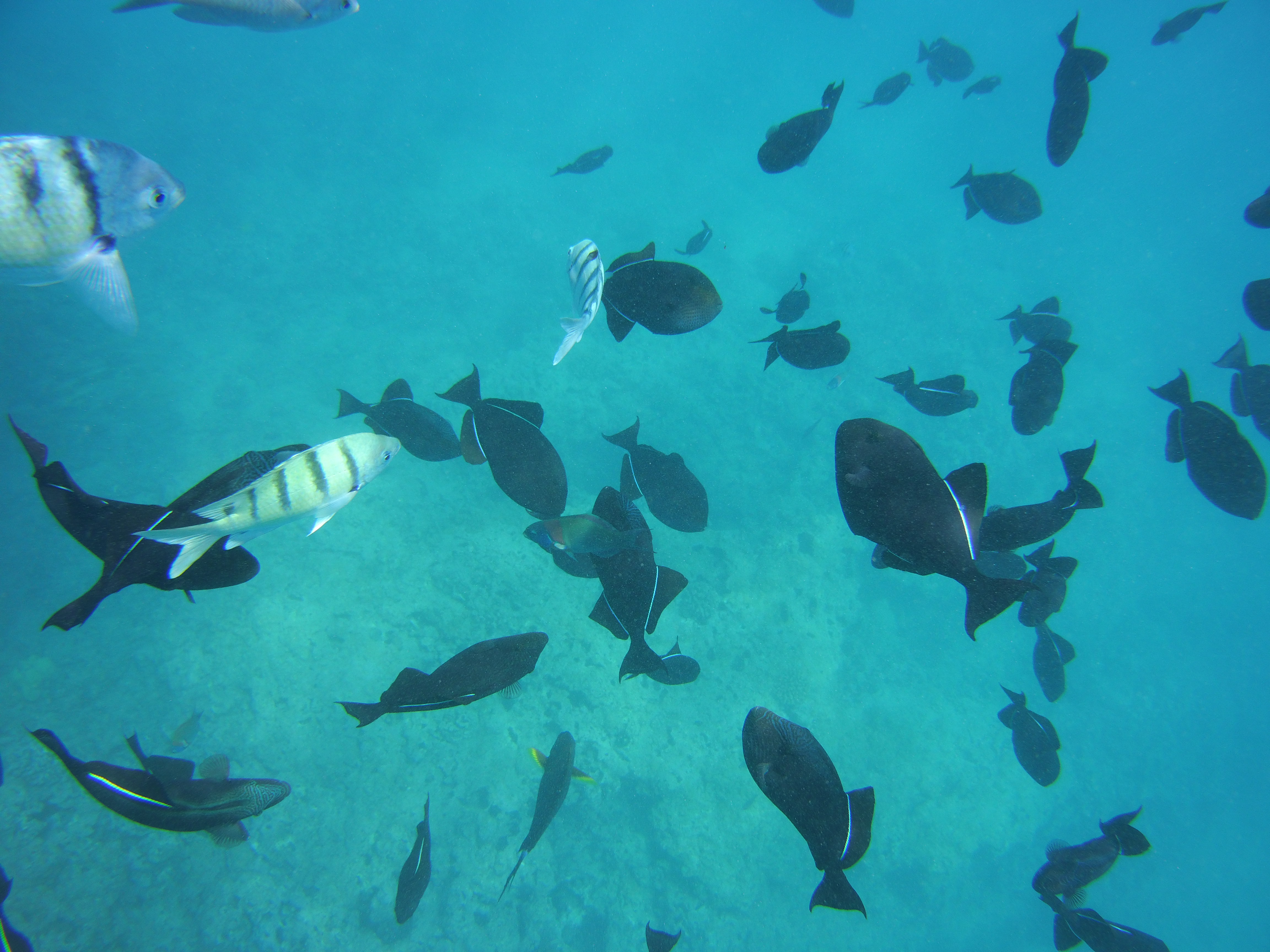 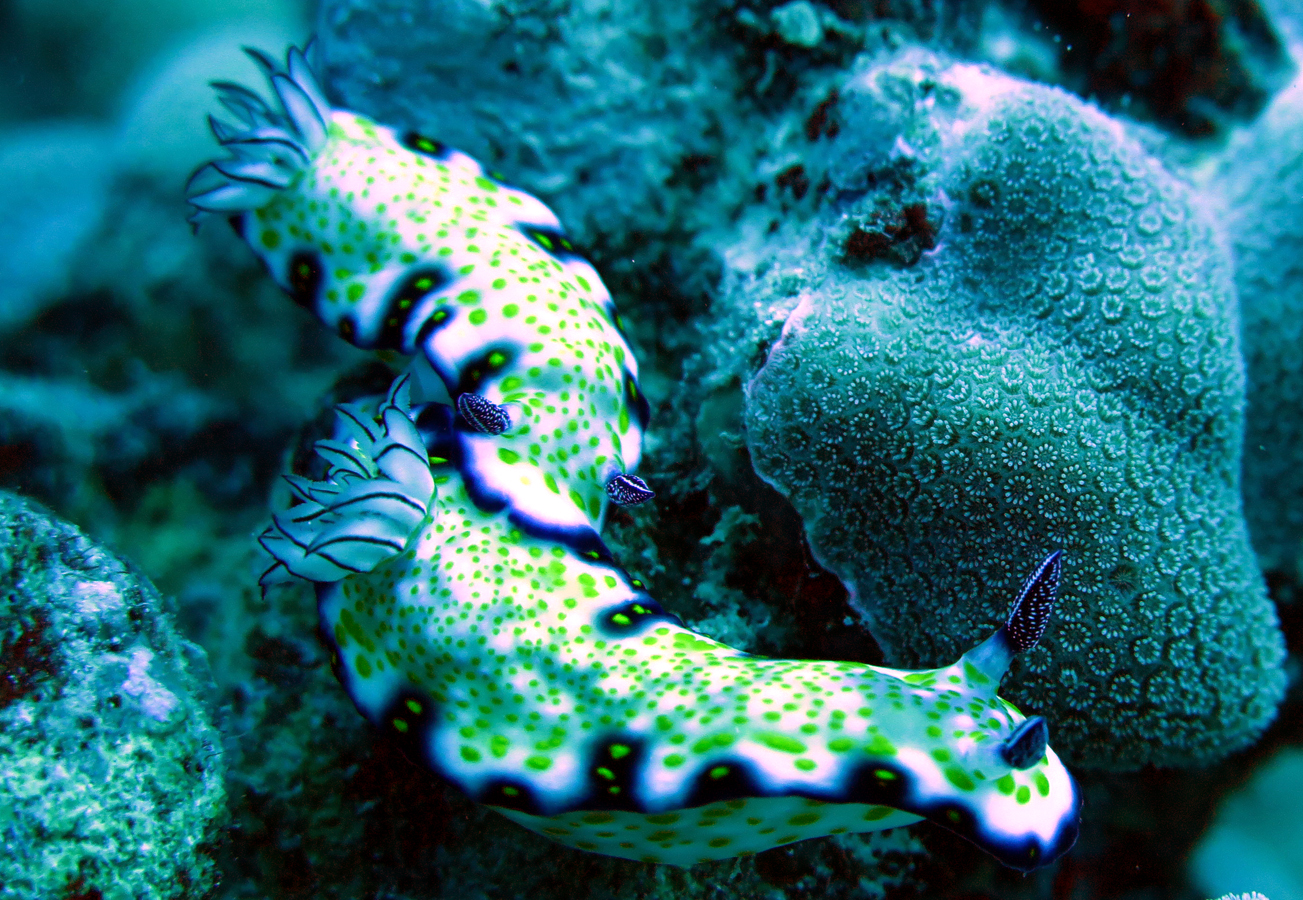 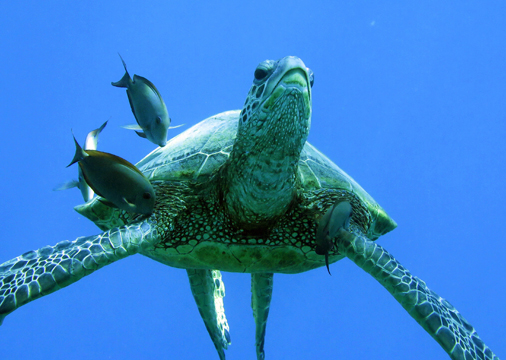 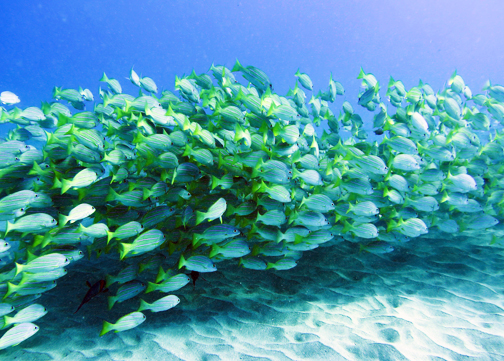 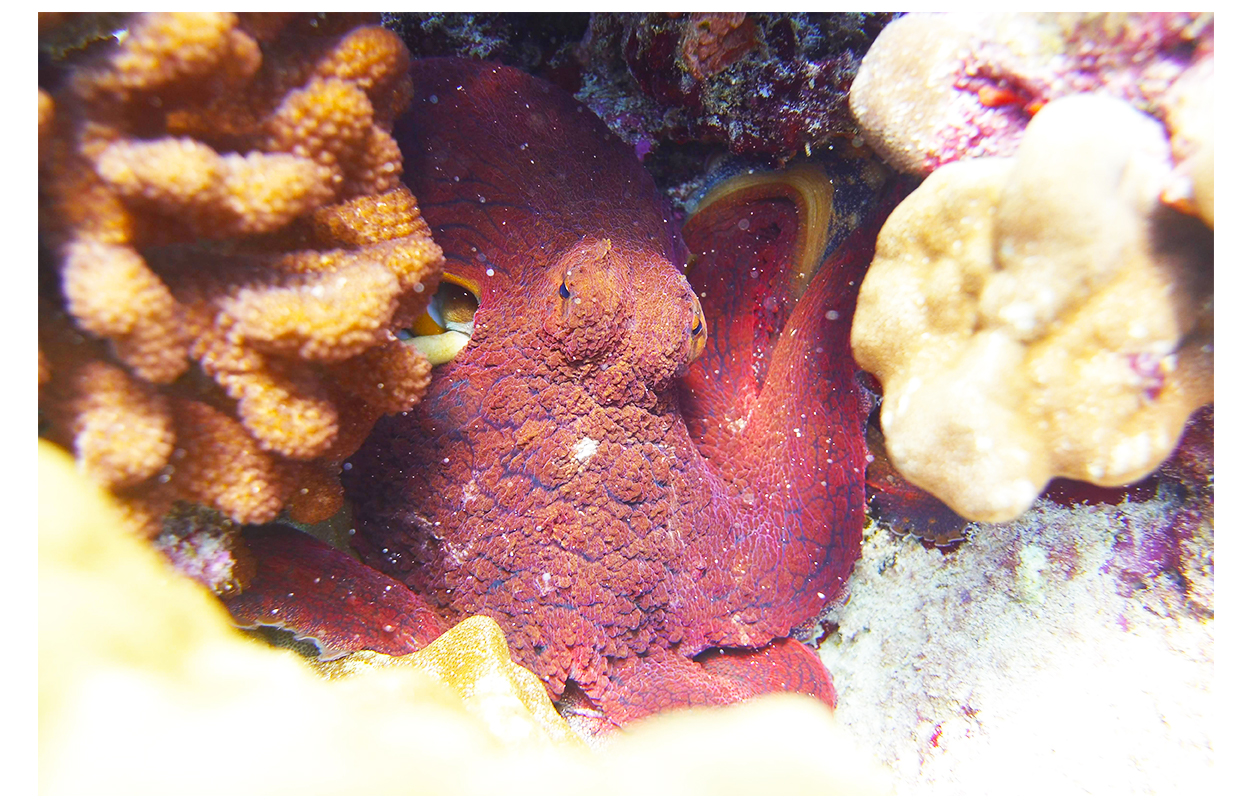 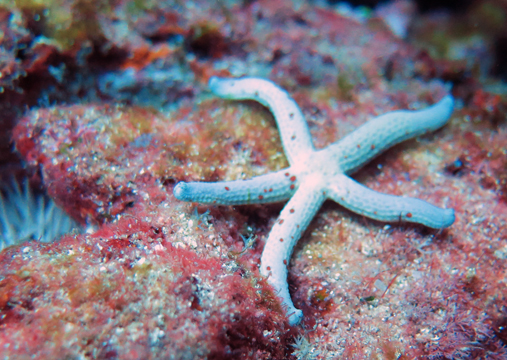 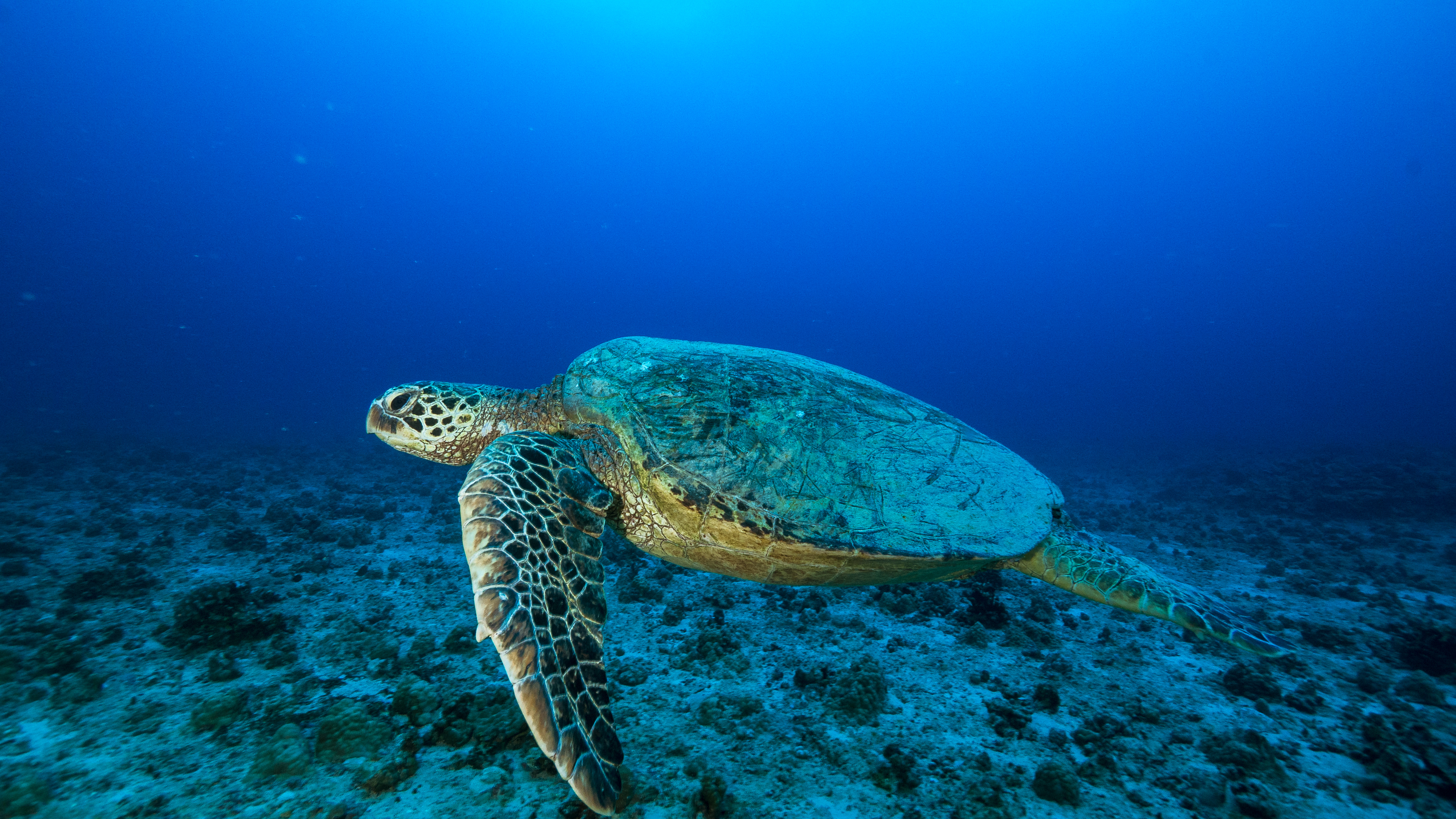 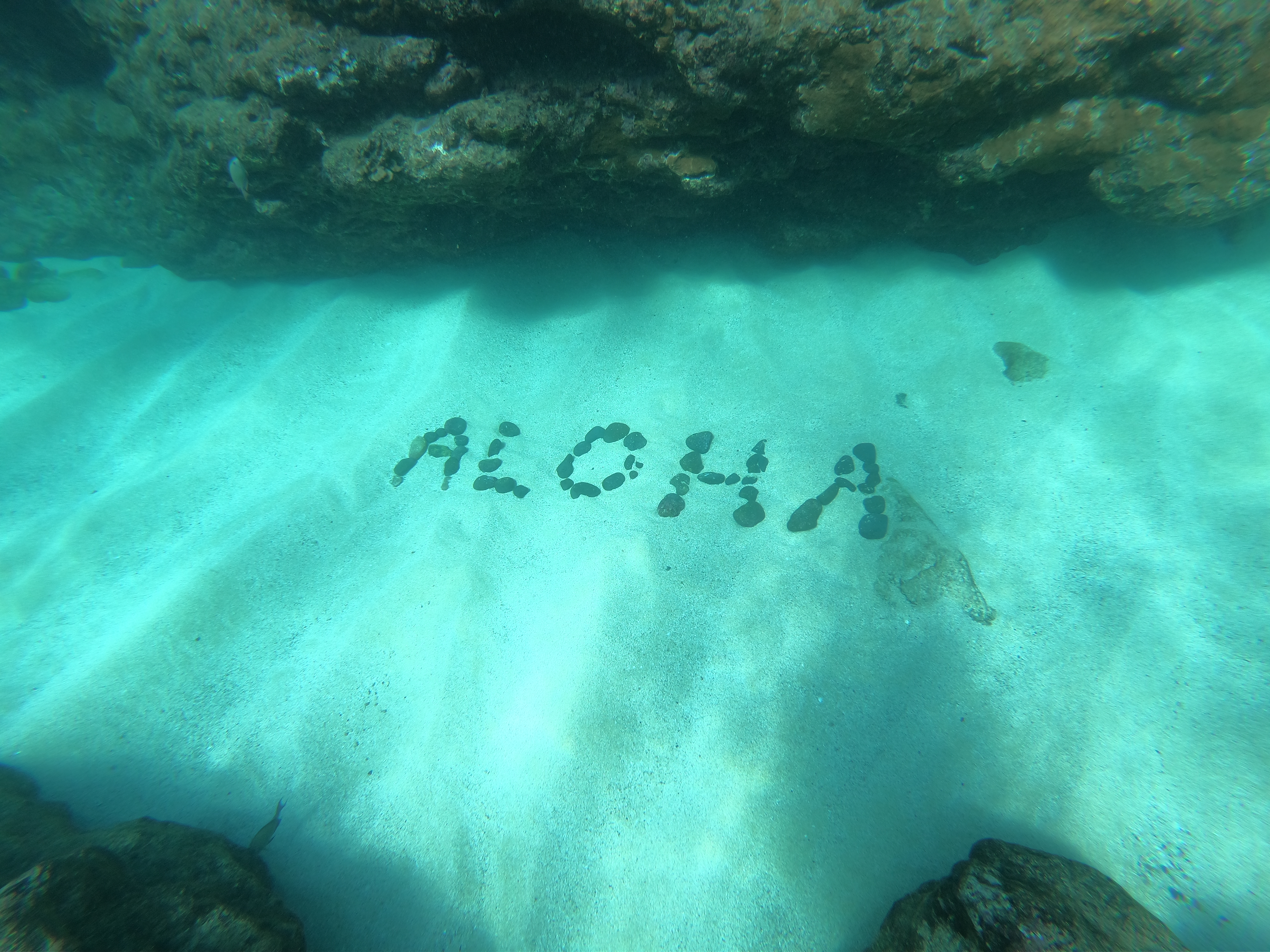 Our wrecks include but are not limited to:

Sea Tiger: The Sea Tiger wreck is one of Dive Oahu’s favorites! It lies in about 127 feet of sand, with the main deck between 85 and 100 feet. The Sea Tiger sits perfectly upright and over the years has begun to deteriorate with railings falling into the sand and sharp exposed pieces of metal sticking out. She was sunk in 1999 as an artificial reef by Voyager Submarine who shortly after went out of business leaving it for SCUBA Divers to enjoy! The story goes, that she, known at the time as Yun Fong Seong No. 303, was found smuggling undocumented Chinese immigrants, so the five crew-members were sent to prison. In 1994 it was sold to a Vietnamese fisherman who renamed her Sea Tiger but abandoned her to Honolulu Harbor after repeated fines. That is when Voyager Submarine bought her for $1 but spent thousands of dollars and time with paperwork and gutting her to be environmentally ready to sink. She is now home to several resident Undulated, Yellow Margin, and Dwarf morays. If you’re lucky, you may catch a glimpse of the resident Java Moray, the largest of them all! Octopus love to hang out in the floorboards, White Tip Reef Sharks will sleep underneath or inside the wreck, and always look out for Eagle Rays flying high or Broad Stingrays cruising in the sand. Lots of our reef fish enjoy hanging out in and around the wreck as well, including schooling Pennant Butterfly Fish!

YO-257 and San Pedro: These two wrecks are lying side by side attracting all sorts of marine life, including the Atlantis Submarine and the thousands of visitors inside each day! The YO is an old Navy Yard Oiler which would deliver thousands of gallons of fuel to other ships during World War II as well as the Korean War. She was sunk in 1989 by Atlantis Submarine as an artificial reef.
Just over 100 feet away, lies another wreck that was also sunk by Atlantis Submarine in 1996. San Pedro was owned by an old Korean Fishing Company. In 1997 she was carrying supplies and caught fire! The ship was then towed to Keehi Lagoon where it sat anchored for nearly 20 years before being sunk. When conditions and current are right, our divers will have a chance to dive both wrecks in the same dive! It is common to see several turtles, eagle rays, and even sharks lying inside of the San Pedro! Look out for lots of Nudibranchs, Leaf Scorpion fish and Frog Fish on the YO. The YO offers some beautiful swim throughs which make for great photos as well!

Navy Tug: Nashua, aka the Navy Tug, gets its name because it continues to be an active training site for the US Navy. It sits in 65 feet of rocky sand on large steel pillars. If you look underneath the wreck, you might be greeted by White Tip Reef Sharks and schooling Blue Stripe Snapper. Often times there will be large schools of Mackerel Scad “bait balls” which you can expect to see some of our larger trevaly, amber jacks, rainbow runners.

LCU (Landing Craft Utility) Wreck: The LCU lies upside down in about 85 feet of water.  The wreck is surrounded by large cement Z blocks which have made great reef fish nests, and even homes for white tip reef sharks.  You are able to swim underneath the wreck and find several fish swimming upside down and even some Black Coral Bushes.  Alongside the wreck, you will see school Longnose Butterfly fish and occasionally can spot the all black Long Nose Butterfly Fish which is usually only found on the Kona Side of Hawai`i Island.

Corsair: The Corsair turned out to be a beautiful mistake when the plane went down during a training exercise from Pearl Harbor in 1948.  The pilot noticed the needle on the fuel gauge dropping, but continued to fly thinking it was defective.  Soon after, the plane began falling and the pilot was able to perform a perfect water landing and he survived!  The plane lies in 105 feet of sand surrounded by fields of Garden Eels!  Large morays, leaf scorpionfish, and frog fish are commonly found at this site.

Our reefs include but are not limited to:

Ewa Pinnacles: Ewa Pinnacles is comprised of large lava formations coming up from the bottom at about 100 feet topping out around 60 feet. Ewa Pinnacles is any divers dream with a lot of macro life, but keep your head up for some larger life swimming by as well.  Turtles White Tip Reef Sharks and Spotted Eagle Rays are common, but Monk Seals, Sandbar Sharks, and Hammerhead Sharks have been seen out there too!  The sandy bottom to the west of the pinnacles is filled with Garden Eels poking up out of the sand.  Orange Cup Coral, Butterfly fish and Sponge Crabs fill the overhangs.  Undulated and Yellow Margin Morays as well as Octopus are commonly found in the rocky-rubbly bottom.  Beautiful Bicolor Anthias harems can be spotted on the deepest pinnacle and sometimes surprise visits from Pipe Fish in the little pukas (holes).

Keehi Pipe “Mario World”: Keehi Pipe is another storm drain, but gets its name Mario World for the several vertical outcroppings coming up from the horizontal pipe.  Peak down inside and you will see schooling squirrel fish and maybe even a shark or large moray eel.  Mario World is one of the only places we see schooling Puffer Fish!  Check out the sandy bottom for freckled snake eels poking their heads out and juvenile Peacock Razor Wrasse hovering above the sand.

Turtle Canyons: Turtle Canyons is a finger reef system divided by sandy bottoms between each of the reefs.  One of the canyons in particular is known for the Hawaiian Green Sea Turtles (Honu) that consistently frequent the reef to get their shells cleaned.  Commonly it is the endemic Gold Ring Surgeon Fish that you’ll see snacking on/cleaning the algae off of their shells and bodies!  If you can peel yourself away from the turtle station, this site offers a range of reef fish and sometimes will even surprise us with our more rare fish like Saddleback Butterflies or Flame Angels!

Nautilus Reef: Nautilus Reef is known primarily for being two large finger reefs sitting next to each other.  However, there are several more fingers both east and west from the main moorings.  The east side of reef is home to small white tip reef sharks that are commonly seen napping in the darkness of the ledge.  Throughout other parts of the ledge you may find schools of Red Squirrel Fish as well as Blue Striped Snappers.  The reefs host several friendly Millet-seed Butterfly and Saddle Wrasse which are both endemic to Hawai`i.  You may even see them following you throughout your entire dive!  Keep your eyes out for the sea urchins so you don’t get poked!

Horseshoe Reef: Horseshoe Reef gets its name from two horse shoe shaped reefs sitting back to back, similar to an UnderArmor symbol.  This reef is a great place witness the different phases and color variations that wrasse go through throughout their life cycle like the Yellowtail Coris and Rock-mover Wrasse!  If you peak under the side ledges, it is common to see the Sergeant Major protecting their eggs which are easy to identify by their bright purple color.  During our night dives, you may even have a chance to see the elusive Dragon Moray!  A short swim to the east is another reef we call Secret Reef which is known for the small turtle cleaning station cove at the end and also a great place to find white tip reef sharks sleeping.

Kewalo Pipe: The largest of our dive sites with surrounding garden coral fields and finger reefs both east and west.  Kewalo Pipe is an old storm drain that has become host to a variety of coral and marine life.  The end of the pipe lies at 60 feet where you can often times see a resident Yellow Margin Moray Eels or two, school Heller’s Barracuda, Devil’s Scorpion and Leaf Scorpion fish are also common as well as several species of nudibranchs and flatworms.  Throughout the dive, keep your eyes out for other common eels, beautiful butterfly fish, colorful wrasse and our pygmy angelfish!